If you’re looking for your next thriller book to read, look no further! We have put together a list of pulse-pounding books that are sure to keep you on the edge of your seat. From psychological thrillers to crime dramas, there’s something for everyone on this list. So, cancel your weekend plans and settle in … Read more Horror Fiction exposes your deepest fears. The terrifying aspect of the psychological horror genre is the perplexity, uncertainty, and lack of self-esteem. It is a genre that takes the stability of our everyday lives and warps it into something unrecognizable, leaving us feeling both disturbed and vulnerable. Generally, horror and psychological horror can be distinguished … Read more The term “deadwalker” first appears in literature in the early 20th century. Zombies are a popular topic in fiction, but many people don’t realize that there is a basis for their existence in reality. Zombification turns a living person into a zombie, and it can occur due to many different factors. One of the most … Read more Horror literature and fiction that will send chills down your spine are the perfect read for a dark and stormy night. Horror books seek to elicit a strong emotional response from readers by playing on their fears. Horror stories often contain supernatural elements, such as ghosts, vampires, and zombies. They may also feature gruesome violence … Read more Domestic thrillers in literature. It is no secret that modern society places a high value on political correctness. In the workplace, in our schools, and in our social interactions, we are increasingly expected to watch our words and avoid offending others. This trend has also made its way into the world of literature. In recent … Read more Action thriller fiction is a captivating genre that has been around for many years. It is often seen as a way to escape the mundane aspects of life and enter into a world of excitement and adventure. Action thriller fiction novels are usually filled with suspense, mystery, and intrigue, which keep the reader engrossed until … Read more 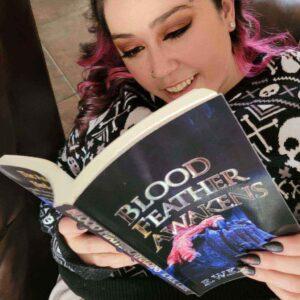